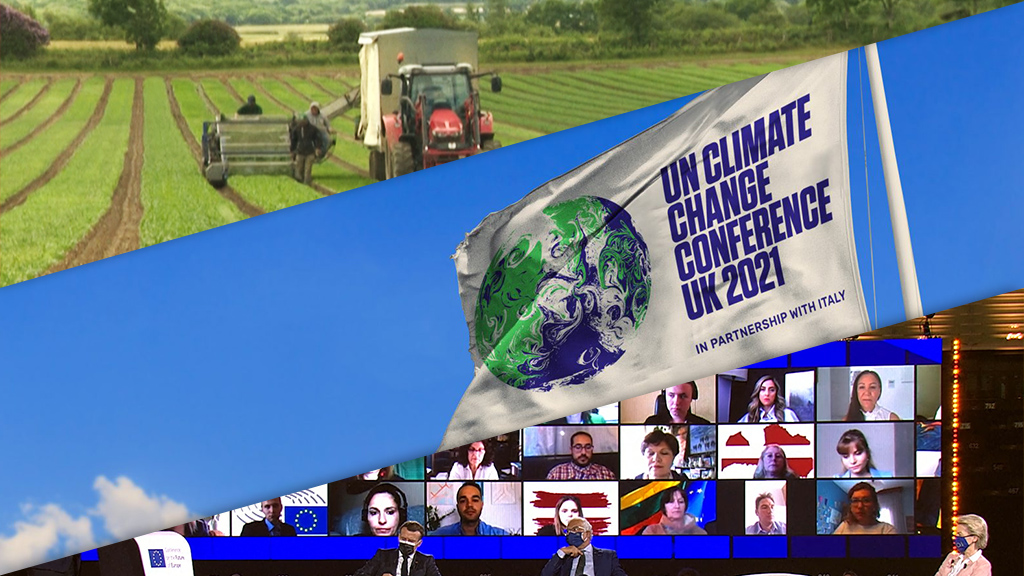 state of the European Union

The new political season begins with the status of the EU when MEPs will question the Commission’s President Ursula von der Leyen about the Commission’s work over the past year and the main priorities and challenges for the coming 12 months. The debate takes place on 15 September in Strasbourg.

In mid-July, the European Commission presented a package of initiatives linked to the European Green Deal, aimed at making it possible for the EU to cut its greenhouse gas emissions by at least 55% by 2030 compared to 1990 levels .

Parliament will set its position on proposals ranging from measures to accelerate the development of alternative fuel infrastructure to introducing a new carbon levy on imports.

The COVID-19 pandemic has shown that when a health crisis strikes, countries need to work together to find solutions.

Parliament has set its negotiating position on consolidating the mandate European Medicines Agency and will be ready in September with its position on two more files: the European Center for Disease Prevention and Control and Improving Preparedness for Cross-border Threats to Health. MEPs will then hold talks with EU governments to negotiate the agreement.

conference on the future of europe

MEPs will take an active part in the work of the Conference on the Future of Europe, which aims to come up with concrete proposals for change in the EU based on the ideas put forward by citizens. total of 108 MEP The Conference Plenary, whose next meeting will be held on 22-23 October.

MEPs and the EU governments reached an agreement at the end of June on the Common Agricultural Policy for 2023-2027. EU funding will promote eco-friendly agriculture, help preserve biodiversity and support small farms and young farmers. MEPs are expected to vote on the rules at the end of the year.

Parliament’s Internal Markets Committee is working on the Digital Services Act and the Digital Markets Act, which aims to regulate key platforms and create a secure digital space in which fundamental rights of users are protected. MEPs are expected to vote on it in December.

Also on the agenda is an extension of roaming rules, which ensure that end users in the EU do not incur additional charges for calling or browsing on their mobile phones from another EU country for another ten years from 2022 is taken. In addition, it aims to reduce the range of prices that operators charge each other for consumers using their networks.

The Employment Committee will vote in the autumn on plans to ensure adequate minimum wages in the EU.

A separate proposal on wage transparency would give workers the right to request anonymous information from their employers about how much other workers earn. This will reduce discrimination in the workplace and help reduce the gender pay gap.

Investigating recovery plans and the rule of law

In addition to its legislative role, Parliament will continue to oversee the Commission’s work on the recovery plan, holding regular meetings with Executive Vice President Valdis Dombrowski and Economy Commissioner Paolo Gentiloni on the progress of national recovery plans.

Several committees set up on a temporary basis in the European Parliament will adopt their recommendations in the second half of the year. This includes:

In December, parliament will present the Sakharov Prize for Freedom of Thought, which sets apart activists fighting for human rights and democracy around the world. The award was given to the democratic opposition in Belarus last year.

ESG Ratings: Navigating Through the Haze

Times of Trouble for Stocks or Bonds or Both – Investment...

Negating Rama And Krishna Is Nature Of People Of One Party:...