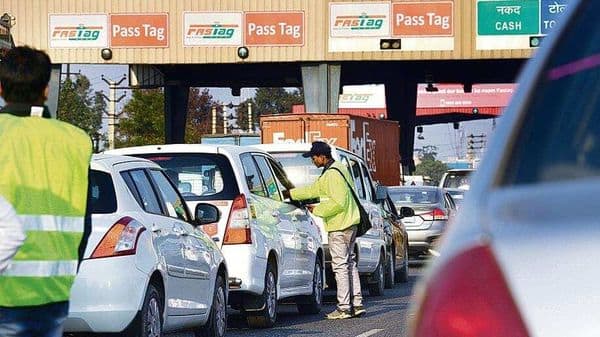 For a railway line to be profitable in India, it must carry more freight than passengers. But when the Konkan Line became increasingly popular among passengers, it struggled to introduce freight traffic as the Indian Railways’ design cut it from industrial centers and ports in the three states along its route.

Here, in Konkan’s experience, lies a warning message for both the government and the private sector, as they embark on the recently announced ambitious National Monetization Pipeline (NMP). to recover ₹3,600 crores spent on the Konkan Line, the Indian Railways effectively increased freight rates (a seemingly ‘market-oriented’ solution) using a formula called “chargeable distance”, which was used to calculate tariffs. Uses an inflated imaginary distance figure for

Anurag Mishra, former managing director of KRCL, told Mint, “When I joined KRCL in 2005, the Konkan Rail was the shortest physical distance between western and south-western India.” There was zero freight traffic. Instead, freight traffic still ran through the old complex routes—as well as the South-Central and South-Western Railway lines—because that was cheaper.”

With limited revenues, and annual loan repayments rapidly outpacing operating profits, KRCL extended debt for a decade. Mishra said, “I had told the Railway Board that if they would guarantee me only five goods trains a day, we could make a profit. They approved part of my restructuring plan—we get three a day, sometimes— Once got four freight trains, and half of the IR loans were converted into preference shares. By the time I retired in 2009, KRCL was on a profit-making path. It continued to perform well till the whole of the covid lockdown. Passenger traffic has not been suspended in India.”

KRCL is one of the many rail assets designed by NITI Aayog for NMP. the value of the company is ₹7,281 crore and is to be privatized in FY24. But even today, its freight value is 25-75% of the estimates made when it was designed three decades ago.

KRCL exemplifies the many difficulties that Union Finance Minister Nirmala Sitharaman will face as she invites the private sector to navigate a complex landscape surrounded by the contradictions of competition, authority and tacit government control as part of the NMP .

India’s track record on privatization of publicly held assets has been one of the worst. Successive governments have invited the private sector into public projects such as roads, power transmission, mining and telecommunications, with varying degrees of success. But every government, of course, has regularly missed its annual disinvestment targets. Air India sale is currently in its third phase; The stake sale in Life Insurance Corporation of India, Container Corporation of India Ltd., Shipping Corporation of India and Bharat Petroleum Corporation Ltd. is running behind schedule.

But the Narendra Modi government is confident that the NMP will succeed, and confidence is something it is forced to project, as the pandemic has ruined government finances. State governments generally spend twice as much in a year on infrastructure expenditure as the central government. However, with most of the states realizing less revenue than they budgeted in 2020-21, they have drastically cut their capital expenditure (capital expenditure) in this financial year.

With tight fiscal constraints at both the central and state levels, the government needs to win over the NMP. While its fund raising target ₹is only a fraction of 6 trillion ₹111 trillion for the NIP, success here will enhance its credibility among foreign investors, lenders and institutions like the World Bank. At least that is the belief that the present is pushing.

Whereas the property listed with NITI Aayog is ₹6 trillion for the NMP, by its estimate, it could only raise about ₹3.4 trillion in long-term asset leases. The remaining assets on the list are to be developed through a public-private partnership, where the private partner invests only in the property. The government receives no payment (see chart).

A September 6 report by Systematics Institutional Equities said the NMP is “aggressive” and “over-ambitious” compared to the pace of privatization that India has been able to build on so far.

“In the last three years, a total of 1,408km of roads have been monetised and now 586km will be privatized through an infrastructure investment trust. Against this, the NMP wants to monetize 26,700 km of roads by FY 22-25 – a 20-fold jump in four years. “This August, the Indian Railways witnessed a complete failure of its plan to give 109 routes for private passenger train operations. The major reason cited was the lack of an independent regulator,” it added. Roads and railways account for one-third of all projects under the NMP.

In the power transmission sector, regulated tariff projects, which form part of the balance sheet of Power Grid Corporation of India Limited, will have to be de-merged before privatization, and related transaction overheads such as tax holiday on continuance assets. The clean energy assets on sale are 3.5 GW plants owned by public sector units. The challenge here will be to sell the property at book value at a time when new plants are being built at constantly falling tariffs.

Despite these complexities, at least a section of the private sector is happy with the initial promise of the NMP. Kishor Desai, part of the corporate strategy team of Hyderabad-based Megha Engineering and Infrastructure Limited, said companies like him are excited about NMP and NIP. “Both programs offer a bouquet of opportunities to fulfill our ambitious plans to increase our investments in India’s infrastructure sector. Many of the properties listed are also major projects.”

Dhaval Monani, resident fellow at IDFC Institute, is optimistic that the private sector can tap profits from under-utilized government assets. “Of course, the title number of ₹6 trillion is misleading, but if the government can pull even a part of it, it will get a good advance on its assets. Creation and not the Consolidated Fund.”

They say that the apprehension that the NMP may lead to crony capitalism is unfounded. “Look at the bids for affordable housing projects under the Pradhan Mantri Awas Yojana. It is mostly the local developers in the respective districts who are winning the projects,” said Monani. “They have been able to reduce even large corporates like Larsen & Toubro on such bids. I think if the government can keep the asset size small, it can broaden the investor base. From asset hoarding by some private groups grounds to escape.”

This time the government is keen to involve private investors from the very beginning. A senior government official who was part of these discussions said, “The NMP came after intense stakeholder engagements lasting March and April, but did not wish to be named. We have discussed the concession agreements, their length and composition; What should be monetized; what level of leverage is allowed – all these factors are being codified and working groups are being created.”

However, home lenders have been apparently silent since the announcement of the NMP – even with good reason. At the height of the bad loan crisis in 2017, which brought banks to their knees, the infrastructure sector accounted for a quarter of all non-performing assets. Central bank governor Shaktikanta Das had indicated last year that the industry would have to stop relying on banks for infrastructure and find other avenues of funding.

“If the private sector is interested in NMP, I doubt banks will voluntarily support these projects,” the managing director of a large private sector bank told Mint on condition of anonymity. Remember, we will not touch any infrastructure project where the government is a counterparty.”

“Nitin Gadkari, as the Union Road Minister, has made a public statement that government officials should do less litigation against private developers. But his ministry continues to file cases against developers. There is no change on the ground. We (also) still see regular power purchase agreements being renegotiated by states,” the banker said.

Ultimately, both banks and private firms want credible guarantees from the government, a stable policy landscape, and independent regulation and dispute resolution for the NMP to be successful.

In addition, not every public property listed in the NMP may require resolution in the form of privatization. Misra, former managing director of Konkan Rail, says that it is difficult to see any case in favor of privatization of KRCL.

“I don’t think the current management has been consulted on this decision. A private investor would need two assurances to invest – minimum traffic guarantee from the railways and capital expenditure for doubling the existing line. If offered concessions, KRCL would not need privatization to increase profits.And yet, the Konkan Line is so closely linked with the Indian Railways that the freedom of operation for a private investor would be very less and the fares would be reduced. There will be limited freedom to determine.”

Perhaps, the real intention of the government is not to hand over all the listed properties or even to increase the stated assets. ₹6 trillion by 2025.

The government official earlier said, “NMP will be counted as a success even if we do not achieve 100%.”

“If the government is able to put in place the processes that lay the road to privatization, it is a win-win for us. If you don’t set an ambitious goal, no project gets the eyesight and political review needed to make plans. NMP is grabbing public attention and providing political support. Senior bureaucrats are involved. The machine is running. It’s a victory.”

Fueling the FIRE movement: Updating the 4% rule for early retirees

Parliament’s action for fair minimum wages in the EU | News

The Challenge of the Modern Teacher | Indian Express

Herd and Illusory Superiority Bias: Why Even Seasoned Investors Succumb

What Buyers and Sellers Need To Know About the Appraisal Gap...

‘That chair…’: What Joe Biden told PM Modi as he welcomed...