Exclusive! “Sooraj Pancholi has nothing to do with Sushant Singh Rajput’s case”, say his parents Aditya Pancholi and Zarina Wahab

By admin on
Ever since the tragic demise of Sushant Singh Rajput, a lot of conspiracy theories have been doing the rounds on social media. The actor’s death was linked to the death of his former manager Disha Salian who had reportedly committed suicide after falling from a high rise building just days before his demise. Now, the latest theory suggests that Sooraj Pancholi and Salman Khan had something to do with the two deaths. ETimes exclusively got in touch with Sooraj Pancholi’s parents Aditya Pancholi and Zarina Wahab who opened up about the entire issue. Excerpts…

Reacting to her son Sooraj Pancholi’s name being dragged into Sushant Singh Rajput’s case, Zarina Wahab said, “People are unnecessarily dragging Sooraj into this. They just need a helpless person to blame everything for. He has nothing to do with Sushant Singh Rajput’s case. People are just cooking stories. Sooraj and Sushant were not ‘friends’ as such but they knew each other and they spoke to each other cordially whenever they met. They called each other ‘brother’. It is not right to take advantage of someone’s helpless situation. People do not fear anybody. I think people have too much free time to do these kinds of things. It is easy to sit behind a computer and talk about people. They don’t think about how these things will affect the concerned person. Sooraj has already gone through so much in his life. How can someone kill someone whom he has known only for a few months?” 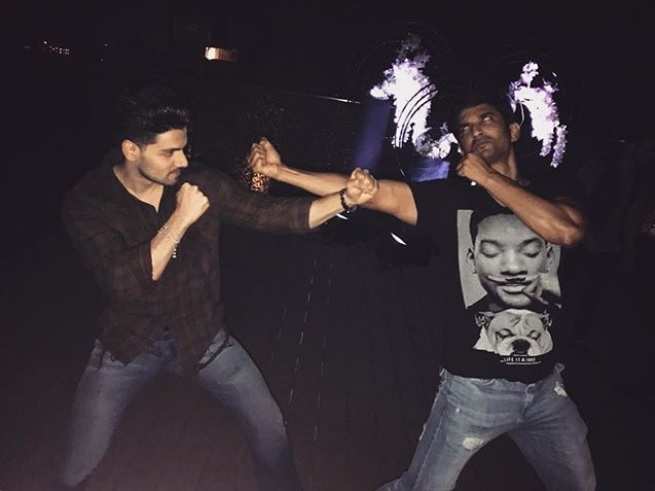 His father Aditya Pancholi, who has been all supportive towards his son right from the start, has been following up with all such stories on social media. Spilling the beans on the same, he added, “I have been reading about it since yesterday. There is this crazy guy. Sometime ago he did some little bit of acting. His name is Puneet Vashist. He wrote something crazy on his facebook page. He wrote that this whole thing is because Sushant’s manager Disha Salian was pregnant with Sooraj’s child. She committed suicide because of him. Sushant wanted to do something about it and they got Sushant murdered also. How crazy is this?”
Elaborating more on the same, he said, “Sooraj Is already going through so much in life. He is unnecessarily being blamed for Jiah Khan’s suicide and now this. People then ask why people go into depression and commit suicide. Even the strongest of people will break after his name being dragged for everything for such a long time. Most of his life and career has been wasted. He is such a promising boy. He is a very simple and decent guy.”

In 2017, reports were rife that Sushant and Sooraj had a fight at a party after which Salman Khan called Sushant and gave him an earful. Talking about the incident, Aditya added, “In 2017, it was reported that Sooraj and Sushant got into a fight and Salman came to Sooraj’s rescue and scolded Sushant. This incident never happened. Sooraj had also clarified the same on record. This is no way to deal with things. What if tomorrow Sooraj goes into depression and God forbid he takes some drastic step. Who will be responsible for this? This is very shocking and sad. If he is at fault in any of the cases then he should be put behind the bars. There is no proof, nothing has been proved then why is he being dragged into everything? People bless the soul of those who have gone but those who are there at least let them live in peace.”

The senior actor also opened up about the long running case of Jiah Khan’s suicide and how that has affected his son’s career and mental health. “He was seeing Jiah for only 7-8 months. She committed suicide and now Jiah’s mother is claiming that this is not suicide, this is murder. Police did not find any suicide note in the apartment and then suddenly after seven days they found the suicide note of seven pages. That note did not have Sooraj’s name, no Jiah sign, nothing. In our case, even CBI did an enquiry. They also did not find any murder angle. If she claimed that Salman Khan used to call CBI then CBI should take a call. She is openly pointing fingers at such a premium investigating agency. There is audio-video proof of the same. People just want to get into just a little bit of limelight without realizing what effect it would have on the concerned person,” he said.

He further added, “He is just 29 years old and he has already been through so much in his life. He has been on that case for the last seven years. In this country, nobody is spared. If a person takes this to his heart and slips into depression how to get him out of it? I understand if some information is being revealed through official sources. But a crazy person who is a nobody posts things randomly on social media and people fall for it. We as a family are so upset with everything. Sooraj lives separately from us. He called me the other day and said he was feeling very low and asked if he could come over and talk. He did and we spoke about it. We cannot go out and explain to everybody. We have to look after our son. I pray that there is a CBI enquiry on Sushant Singh Rajput’s case so that the truth comes out and there is a closure to the case. Otherwise, till the end of the world people will keep on saying there was something wrong.”