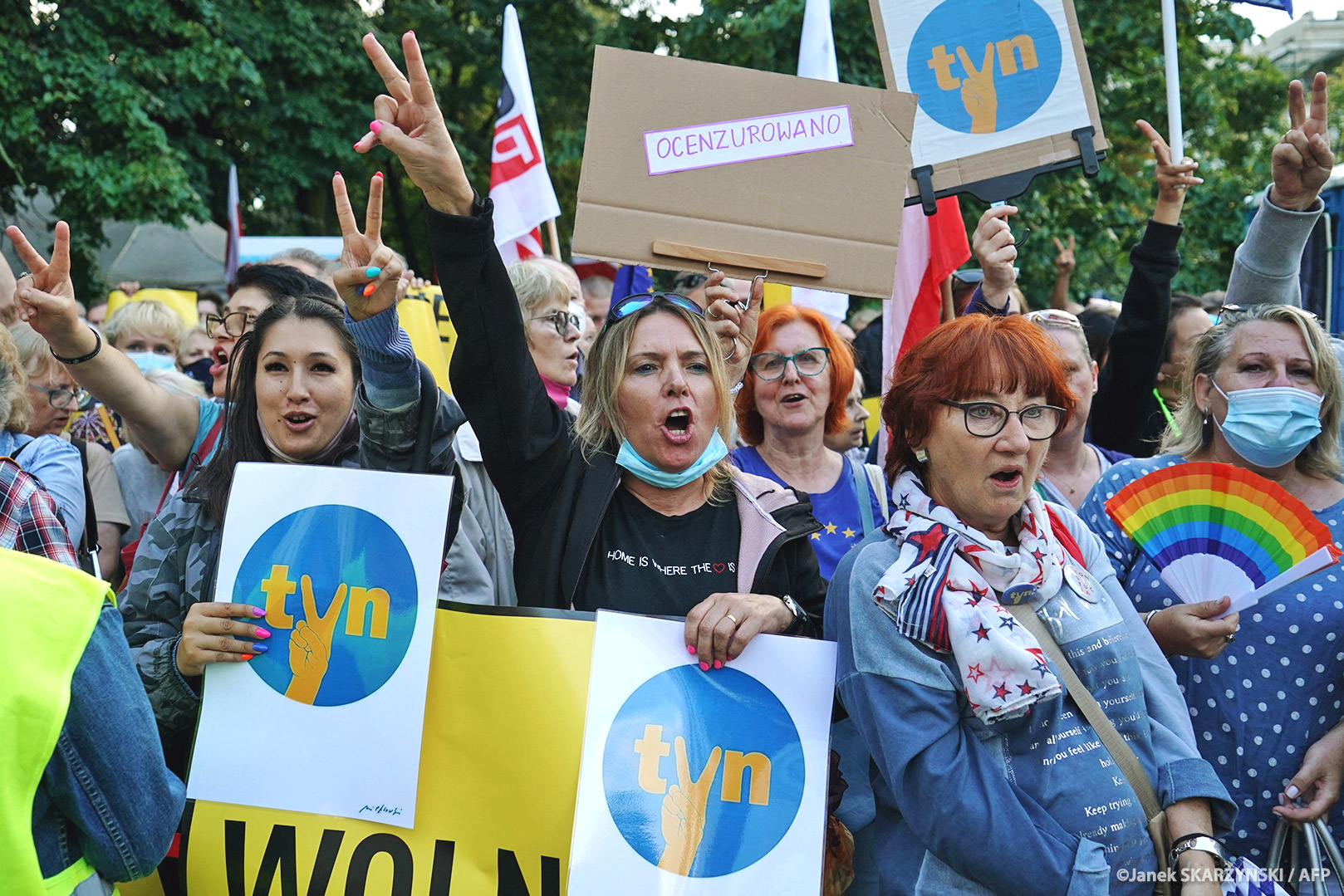 In a resolution passed on Thursday with 502 votes in favour, 149 against and 36 votes, parliament condemns the continuing decline of media freedom and the rule of law in Poland. happened a day after polling full debate On behalf of the Slovenian Presidency of the Council, accompanied by the Vice-Chairman of the Commission, Vera Jaurova, Commissioner Reyanders and the Minister of Foreign Affairs, Ange Logar.

Following previous occasions where Parliament has expressed its concern over turning a public broadcaster into a pro-government organisation, MEPs criticize the Lex TVN bill adopted by the Sejm “in the strongest possible terms”. They describe it as “an attempt to silence critical material and a direct attack on media pluralism” that violates EU and international law. They are also concerned that the Polska Press Group has been acquired by state-controlled oil company PKN Orlen before the results of the Polish Ombudsman’s appeal against the competition authority are announced. The editorial changes made by the new owners of Polska Press Group, despite an ongoing appeal that it temporarily “freezes” their rights, are also of great concern.

Once again, Parliament has seen a string of stigma campaigns against judges, journalists and politicians, including the use of SLAPPs (Strategic Litigation Against Public Participation) launched by government agencies and officials, state-owned companies and individuals with close ties to government coalitions. condemns. Parliament is already working on a report related to the much-needed “anti-SLAPP” rules, MEPs outline, calling on the commission to deliver the Media Freedom Act and ensuring that the Audiovisual Media Services Directive is met. implemented properly.

The primacy of EU law and judicial independence

Although they welcome the Commission’s latest initiatives on the independence of the judiciary in Poland, prompt action could help avoid its continued erosion, MEPs state. They are deeply concerned that Polish authorities have recently “deliberately and systematically violated decisions relating to the law and orders of the CJEU” with regard to the structure and organization of the illegitimate ‘Constitutional Tribunal’ and the Disciplinary Chamber of the Supreme Court.

Parliament also reiterates that the primacy of EU law is a cornerstone of the EU legal order, which is formally accepted by all Member States. Accordingly, it calls on the Polish Prime Minister and the Prosecutor General to withdraw their proposals pending before the illegal ‘constitutional tribunal’, to review how parts of the EU treaties and Article 6 European Convention on Human Rights (right to a fair hearing) are constitutional.

HC issues notices to Centre, state over landslides along NHs in...

The world is about to make a sudden U-turn. The wheels...