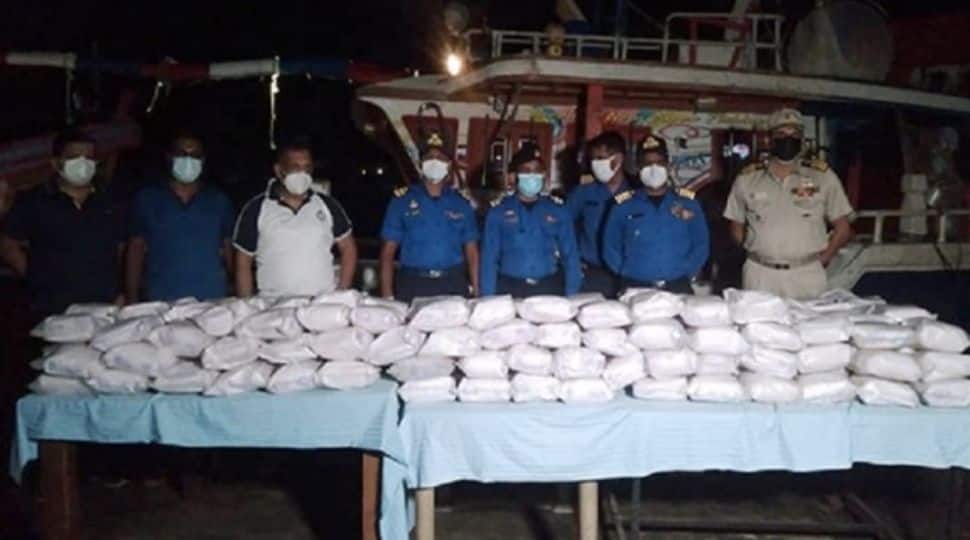 A special operation by the Sri Lankan Navy in the high seas in the afternoon of 30 August 2021 led to the seizure of a multi-day fishing vessel carrying approximately 290 kg and 200 g of heroin, which was attempted to be smuggled into the island by sea. had gone. .

According to sources, the seized drugs were smuggled from Pakistan.

In this operation, five suspects have also been arrested in connection with this smuggling attempt. Meanwhile, a fishing vessel with heroin and suspects was brought ashore on Tuesday.

Based on inputs from a coordinated intelligence operation led by Sri Lanka Navy Intelligence and other intelligence services, the Navy traced a suspected multi-day fishing trawler during this special anti-drug operation in the high seas and searched him. 30 August afternoon.

The interception led to the recovery of approximately 290 kg and 200 grams of heroin in 259 packages packed in 10 sacks, which were concealed in the vessel. Besides the narcotics consignment and the trawlers who had been fishing for several days, the Navy also apprehended 05 suspects on board the fishing vessel.

A multi-day fishing trawler confiscated by the Navy on suspicion of smuggling heroin had gone to sea on 30 July 2021 and it is suspected that the consignment was brought in a trawler from foreign smugglers in international waters. Meanwhile, the street value of the seized consignment of heroin is said to be over Rs 2321 million.

The operation was carried out following the COVID-19 protocol implemented to contain the spread of the pandemic. Meanwhile, the Navy and Police Narcotic Bureau are currently investigating the incident further.

What are the factors of a strong link-building campaign?

Understanding the Impact Inflation Can Have on Your Small Business

Parliament’s action for fair minimum wages in the EU | News

Rule of law in Slovenia: MEPs conclude their first mission to...